Unravelling the metabolomes of plants

The low sensitivity has been overcome with stable isotope enrichment and new NMR methods. Enrichment with stable isotopes like 13C and 15N enables identification and quantification of metabolites, and ultimately of complete metabolomes, by combining uniformly labelled metabolites with various NMR and MS techniques. A basic concept of NMR-based plant metabolomics has been proposed by Kikuchi et al (2004). These authors produced uniformly labeled Arabidopsis plants in tissue culture by feeding 13C-labelled glucose and 15N-labelled nitrate as the only C- and N- source, respectively. Stable isotopes like 13C and 15N enable scientists in metabolomics to identify the metabolites of complete metabolomes by combining uniformly labelled metabolites with NMR. For example, in this way the differences in the metabolomes of the wildtype and mutants of Arabidopsis have been studied (Kikuchi et al, 2004). By labelling plants with the stable isotopes 13C and/or 15N during a complete life cycle from seed to maturity, all organs and plant components will contain the isotopes in virtually the same ratio as present in the substrate. When the substrates contain 99% 13C and/or 99% 15N, all plant components will be uniformly labelled at nearly the same 99% enrichment. Subsequently, the stable-isotope labelled components of interest (biomass, fibers, or metabolites) can be extracted and mixed with samples of non-labelled extracts for analysis by NMR with or without MS.

Figure 1 illustrates how plants were uniformly labelled with the stable isotopes 13C and 15N (1) and subsequently analysed with hetero-nuclear 2D NMR (2). The stable isotope labeled plants showed a high-level and a high-sensitive separation of metabolite signals (3). Subtraction of spectra (4) of different mutants yielded a quantitative figure of increased and decreased metabolites (5) in the samples (Kikuchi et al, 2004). 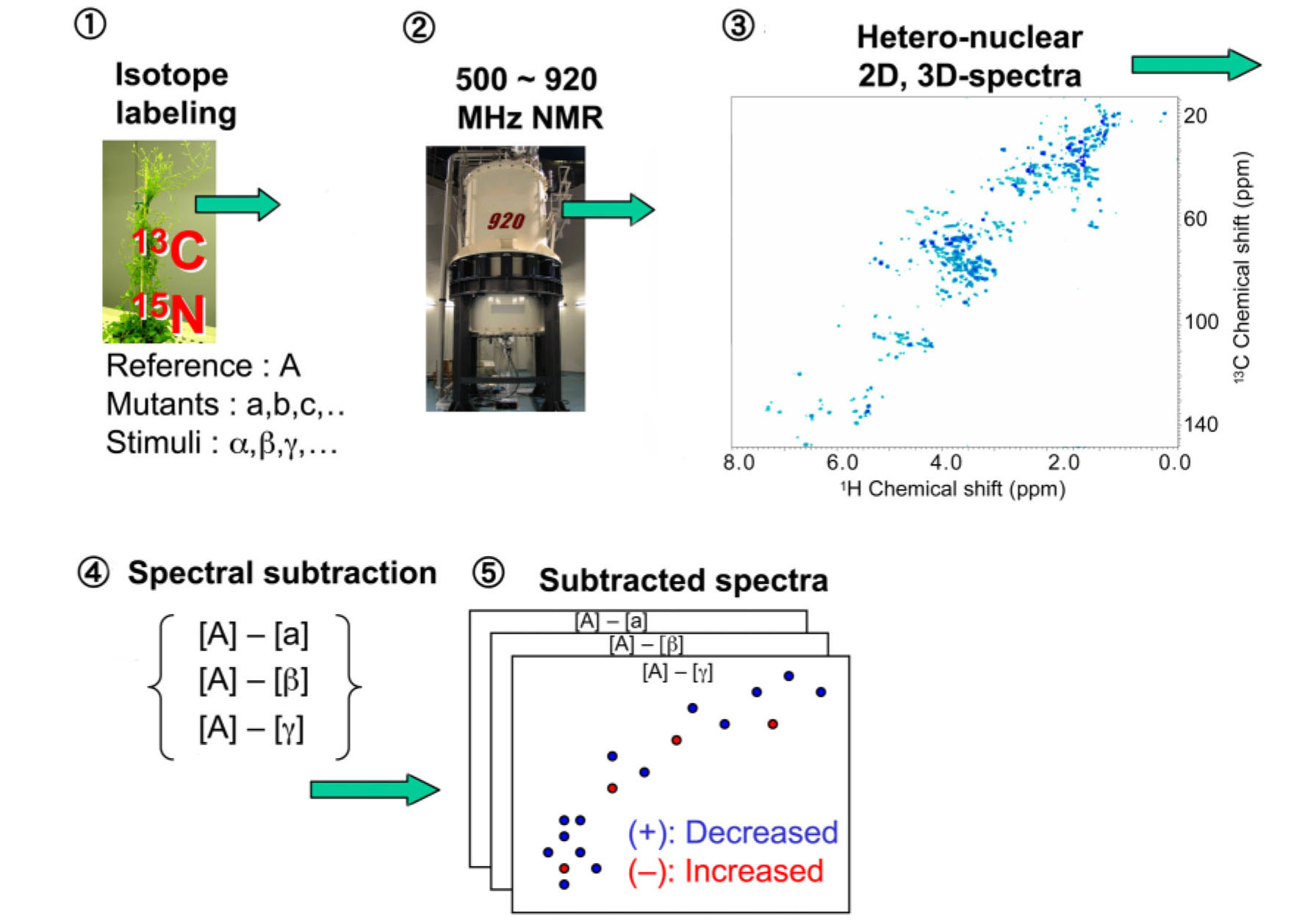 In 2004, the authors concluded that NMR will become a key technology in plant metabolomics: “the use of isotope labeling together with newly developed NMR technologies opens a new avenue for plant metabolomics” (Kikuchi et al, 2004).

In Nature Energy, Wakerley et al (2017) demonstrated a remarkable discovery, the photocatalytic production of H2 from cellulose in the presence of a catalyst by the identification of products of U-13C alpha-cellulose oxidation by 13C-NMR spectroscopy using IsoLife’s uniformly 13C-labelled cellulose. Figure 2 shows the formation of three 13C-labelled products originating from 13C-labelled cellulose photo-oxidation in the presence of a CdS/CdOx catalyst: carboxylic acid (signal ii), formate (iii), and carbonate (iv). 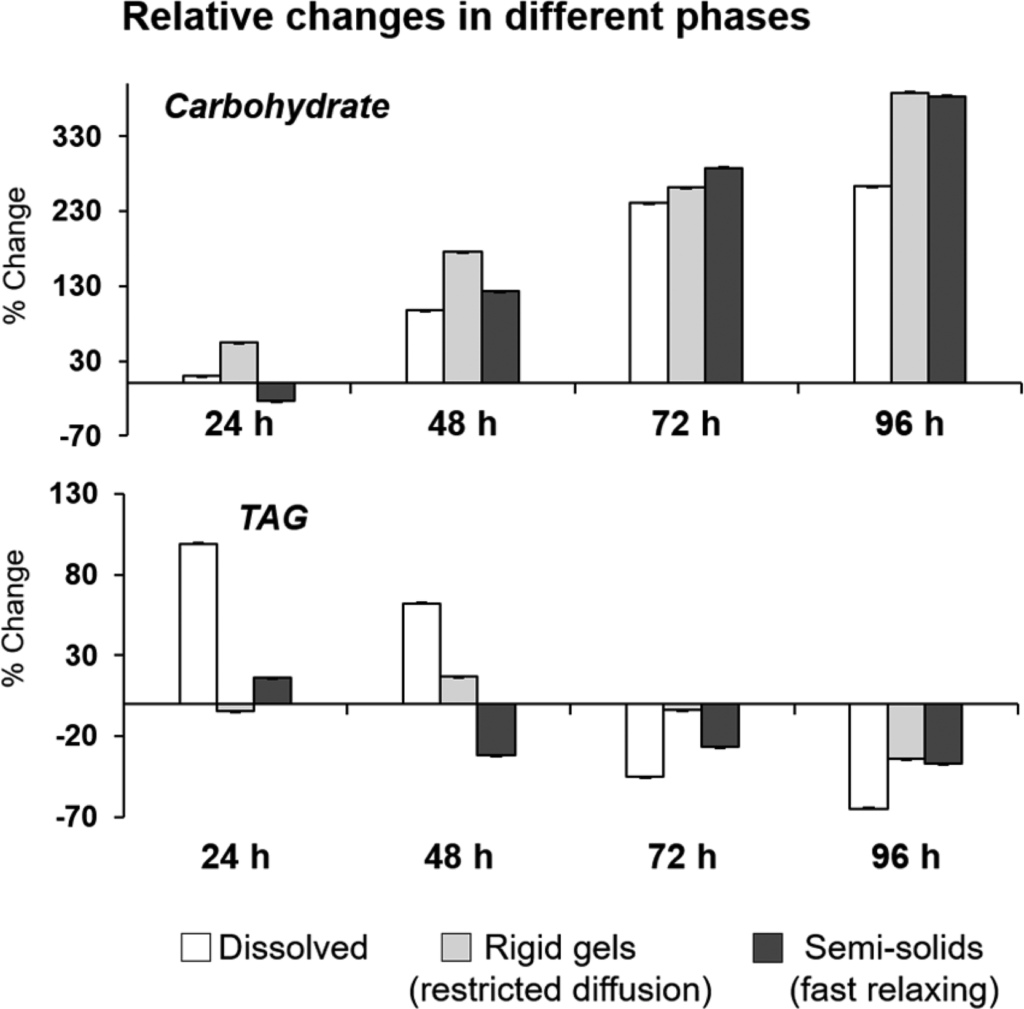