Production systems for cucumber are continuously improved to enhance yield and quality. A recently developed system is based on a moving cropping line. During the production period, 22 leaves are formed up to this cropping line, while at the 19th leaf a lateral shoot is kept. An important question is whether the leaf numbers 20 – 22 are still actually delivering assimilates to the developing cucumbers. Or is it a waste of assimilates not to remove them? To what extent do different leaves in this cropping system contribute assimilates to developing fruits (Figure 1)? ‘On-site’ pulse-labelling of these cucumber leaves with 13CO2 helps to answer this question. 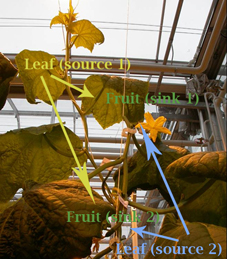 Figure 1. Which leaves act as sources of assimilates for developing fruits, and to what extent?

To measure the carbon allocation from the leaf numbers 20 – 22 to the developing cucumbers on the plant, a pulse-label with 13CO2 was given to these leaves. The leaves were incubated in a transparent plastic bag for about 1 hour after 13CO2 had been injected through a septum into the plastic bag. Leaves and cucumbers were harvested 24 hours after application of 13CO2. Labelling was performed at several stages of crop development under typical production conditions in a greenhouse.

After 24 hours, between 45-64 % of the applied 13CO2 was exportes from the labelled leaves. Most of the labeled exported 13C-sugars were allocated to the developing cucumbers (Figure 2), initially to the upper cucumbers on the main stem, later to the cucumbers on the lateral shoot (Dieleman et al., 2006). 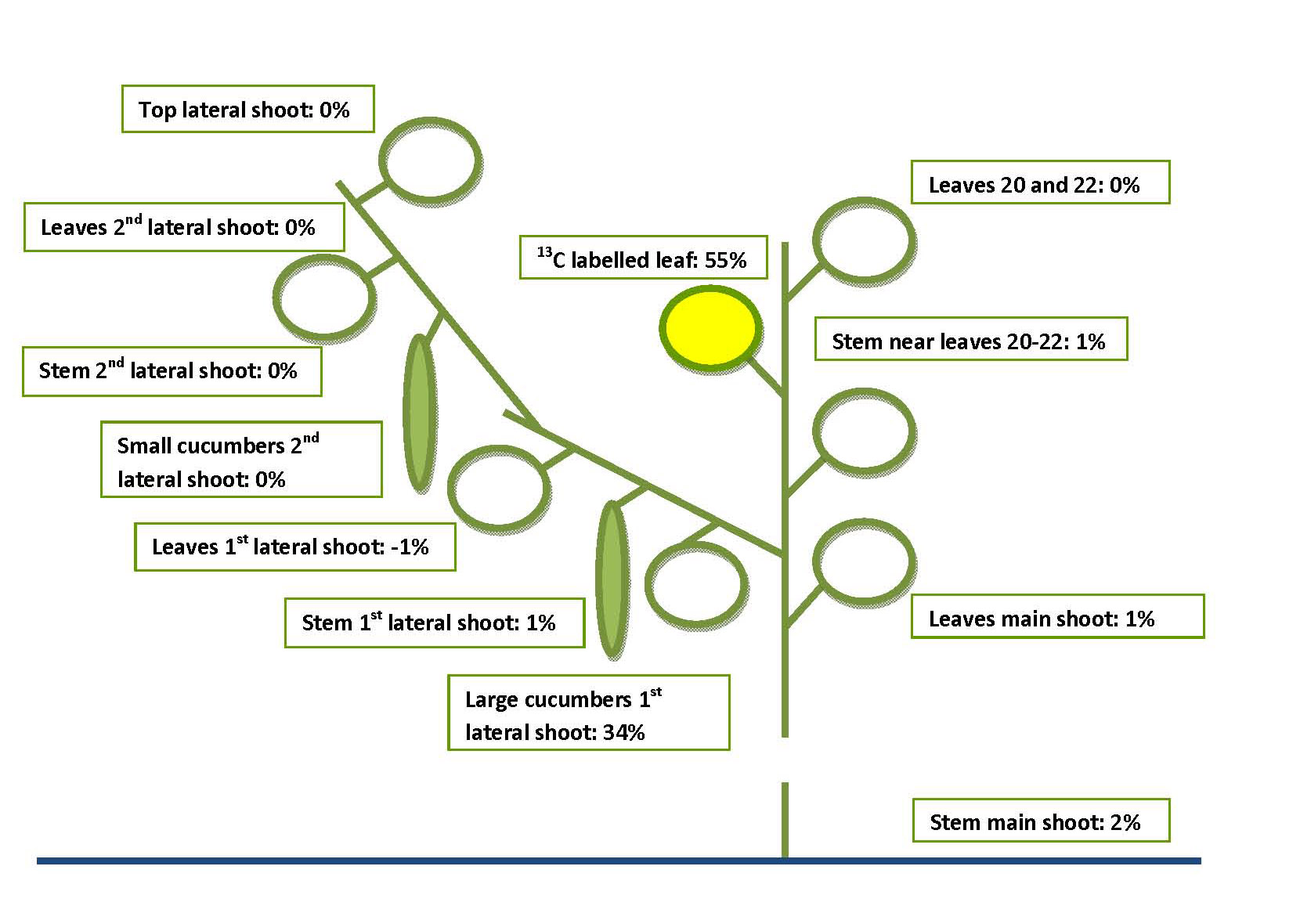 The authors concluded that the upper cucumber leaves numbered 20 – 22 remain active, even when a lateral shoot is kept for cucumber production. As long as these leaves are green, photosynthesis takes place and assimilates are allocated towards developing fruits. It is certainly a waste of assimiliates to remove these leaves during development of nearby fruits.