Carbon allocation from host to mycorrhizal symbionts in dependence of nutrient reward.

The majority of land plants form mutualistic associations between their roots and certain soil fungi: the mycorrhizal symbioses. Plants supply the associated fungi with carbohydrates in exchange for nutrients. It has been estimated that up to 25-30% of total photoassimilates can be used by the fungal symbionts (Ek, 1997). This metabolically costly relationship may stimulate plants to reward fungal species that show a cooperative behaviour, i.e. offering a better exchange rate between carbon and nutrients. Attempts in the past to shed light on this cooperation often failed because of inability to track carbohydrates from the host into diverse myccorhizal symbionts.

Kiers et al (2011) grew Medicago truncatula host plants with one to three arbuscular mycorrhizal fungal species (Glomus intraradices, G. custos, and G. aggregatum). Plants were labelled with13CO2 in IsoLife‘s labelling facility for six hours. After 6, 12, and 24 hours, the carbon flux from the plant to the fungal partners was followed by harvesting the root systems and by determining the incorporation of 13C-carbon into the RNA of the fungal associations (Figure1). Total RNA extractions were then centrifuged on a CsTFA gradient to separate heavier fractions from lighter fractions based on the level of 13C incorporation. By quantifying mitochondrial ribosomal RNA transcripts via specifically designed primers and quantitative polymerase chain reactions (qPCRs), they were able to track the real-time relative carbon allocation to each of the fungal symbionts. 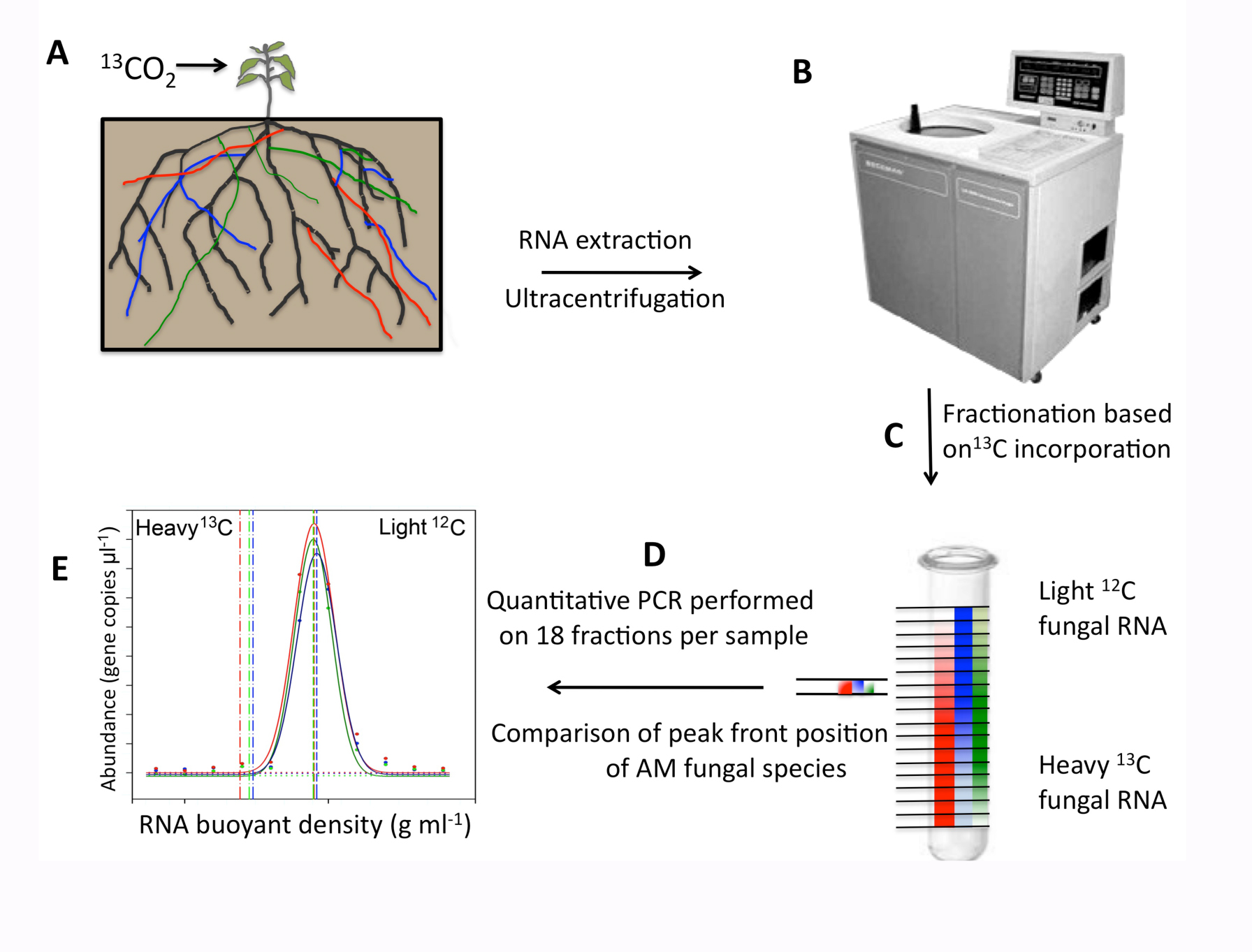 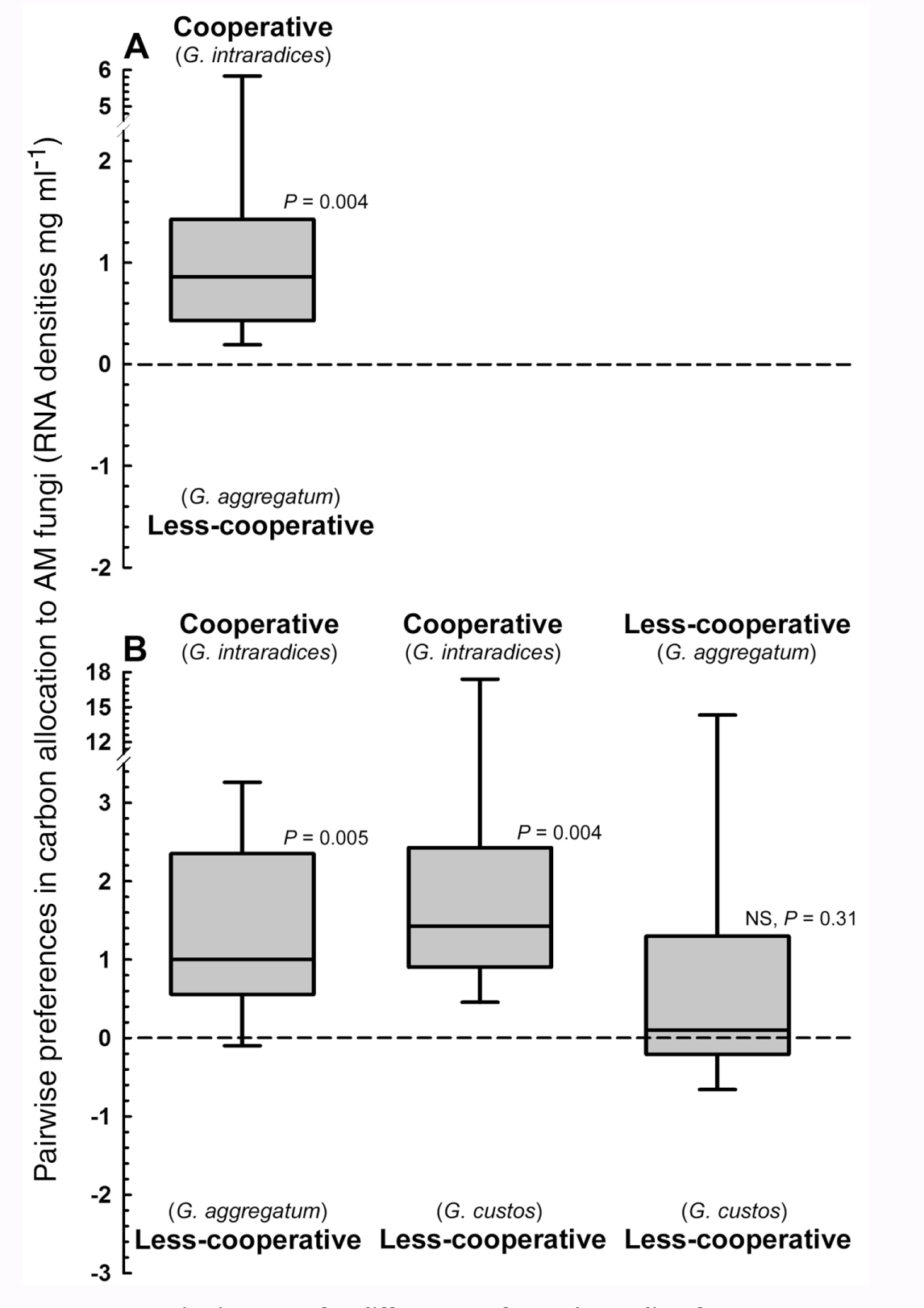 Kiers et al (2011) concluded that plants can reward the most cooperative fungal partners with more carbohydrates. In turn, – also based on evidence from simultaneous experiments – these fungal symbionts enforce cooperation by increasing nutrient transfer only to those roots providing more carbohydrates. Thus, symbiotic partners offering the best rate of exchange are reciprocally most rewarded.

Ek H. 1997.
The influence of nitrogen fertilization on the carbon economy of Paxillus involutus in ectomycorrhizal association with Betula pendula.
New Phytologist 135: 133-142.